Vaping Can Be Deadly!

Healthy teen’s symptoms baffle doctors David Michaels is a professor at the Milken Institute School of Public Health at George Washington University. He served as assistant secretary of labor for the Occupational Safety and Health Administration (2009-2017) and is the author of the forthcoming book “The Triumph of Doubt: Dark Money and the Science of Deception” (Oxford University Press, 2020). The views expressed here are his. Read more opinions on CNN.

(CNN)Public health detectives are desperately trying to find the cause of the hundreds of lung disease cases and at least six deaths that appear to be related to vaping. We don’t yet know the cause or causes of the current outbreak; however, in response to a study that found lung-damaging chemicals in some Juul e-cigarette liquids, a spokesman for that company didn’t dispute the finding but claimed it was irrelevant, saying “The researchers’ hypothetical exposure analysis failed to take into account real-world conditions, including realistic human exposure to vapor products like Juul.”

Given the long and sordid history of tobacco companies manufacturing uncertainty about the damage caused by their products, you have to ask why anyone should believe an assertion like that issued by Juul Labs, a company partially owned by Altria (previously known as Philip Morris), the company that brought you Marlboro. 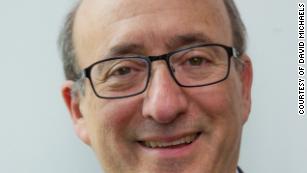 David Michaels
E-cigarette manufacturers should promptly fund the studies necessary to evaluate their product’s potential benefits and harms. However, for this research to be credible, it must be completely independent of these sponsors. They should have no role in developing the research agenda, the investigators have chosen, the methods used or the results reported.
One possible home for this research is the National Institutes of Health, provided the proper mechanisms are in place to ensure transparency and complete independence.
The reasons why researchers need this independence speak for themselves. Starting in 1954, following studies linking smoking and lung cancer, the tobacco industry declared war on science, launching one of the most successful, and deadly, corporate misinformation campaigns. Scientists were hired to dispute any study that suggested a causal relationship between cigarette smoking and cancer, heart disease, emphysema or any of the other illnesses associated with smoking. This campaign delayed adequate regulation for years and indisputably contributed to the premature deaths of millions of smokers across the globe.
In 2009, the industry finally consented to the regulation of tobacco products, but it is now heavily invested in new sorts of devices that deliver nicotine, providing the fix needed by people addicted to that product or by those, such as young people, eager to experiment. This may be beneficial to heavy cigarette smokers, but there is no reason for non-smokers to start consuming nicotine in any form, and we know very little about the impact of long-term health effects of vaping. 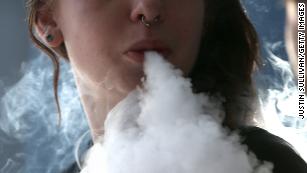 A sixth person died from vaping-related lung disease. Here’s what you need to know
Consequently, it is unfortunate that the use of e-cigarettes has grown so dramatically among non-smokers, especially among the young. In 2014, over 2 million high school students and 450,000 middle school students reported current use of e-cigarettes, according to the Centers for Disease Control and Prevention (CDC). Just four years later, those numbers increased to over 3 million high school students and 570,000 middle school students, no doubt fueled in part by the manufacturers’ claims that their products are less harmful than cigarettes.
But Juul and other manufacturers haven’t actually done the studies to prove that, and the FDA has just issued a stern warning, demanding that Juul stop making such claims. It is too late of course because a huge number of young people have presumably already become addicted to this new nicotine delivery system, attracted by flavors such as strawberry and watermelon.
Juul, which has garnered 75% of the overall market, removed those flavors from retail sale only after the FDA cracked down on the firm’s apparent marketing to its underage consumers, but continues to sell mint- and menthol-flavored pods. Wednesday, President Trump said the FDA would be issuing “some very strong recommendations” on the use of flavored e-cigarettes in “a couple of weeks.”
Juul denies targeting teenagers, and the company’s approach to gaining market share follows the now time-honored Silicon Valley startup playbook: Break the rules and ask forgiveness after you’ve dominated the market. But now, after they’ve been caught and are in the asking-forgiveness phase, the company is under pressure to show evidence that e-cigarettes are less harmful than the traditional type.
Not surprisingly, Juul and the e-cigarette manufacturers didn’t wait to do the necessary health effects research before foisting their product on unsuspecting teenagers — if they had waited, they might not have dominated the market and guaranteed themselves a future market by addicting so many kids so quickly.
So now they are actively attempting to recruit scientists to conduct research on the health effects of vaping. The manufacturers are offering generous financial support, which under normal circumstances would be especially appealing in an era in which money for research is very tight.
Experienced scientists know that research funding, like nicotine, can be addictive and many scientists are turning down Juul’s research support. Decades ago, scientists funded by the conventional tobacco industry invented justifications for their collaboration, unwilling or unable to see how that work supported the industry’s nefarious objectives. When their collaboration was revealed, their reputations were damaged.
The scientific community’s memory of the tobacco industry’s unethical behavior and its impact on scientists has not disappeared. Even if support is offered with no restrictions, accepting funding directly from Juul labels scientists with a stain most would prefer to avoid.
In addition, Juul support could put these researchers in an untenable position if they develop a dependence on funds to support themselves, their staff or their laboratory. In this case, reporting unwanted findings could jeopardize future support from that company.
There is a solution. E-cigarette manufacturers should fund the research, then get out of the way.
The need for unconflicted research about the health effects of exposure to a potentially harmful product is not limited to e-cigarettes, of course. When faced with concerns their products are causing disease, too many corporations take the tobacco road and hire scientists and scientific consulting firms known to conclude that the exposure in question is safe. The public has been burned by conflicted or corrupt science too often, in scandals involving a wide variety of products, from asbestos to diesel engines to pesticides.
Juul representatives have told teenagers that its e-cigarette is “totally safe.” If the manufacturer truly believes that claim, they should have no qualms about putting up the money for a research program they do not control.
Today’s Dentist has copied this CNN article verbatim. I think it is so fundamentally necessary to get as many facts as possible before the public.
Today’s Dentist, Life Time Member of American Dental Association, Emeritus Fellow of Academy of General Dentistry, American Association of Implant Dentists.
I might add that many states are beginning to ban e-vaping in general, and all flavors except mint. I am hopeful that mint will also soon be banned.

GALVESTON, Texas (AP) — A woman has become the third person in Texas to die from a lung disease associated with a national outbreak of vaping-related illnesses, according to health officials.

The Galveston County Health District said Monday the woman, who was 30 to 35 years old, died on Dec. 29 at a local hospital.

Officials said the woman was a resident of Galveston County, located southeast of Houston, but declined to release any further details about her, citing confidentiality.

The Centers for Disease Control and Prevention has reported nearly 2,600 vaping-related illnesses and at least 55 deaths nationwide.